The Euphoria of Being

Throughout its 73-year history, the Locarno Film Festival has occupied a unique position in the landscape of the major film festivals. Every August, for eleven days the Swiss-Italian town of Locarno, right in the heart of Europe, becomes the world capital of auteur cinema. The Semaine de la critique is an independent section, organised by Swiss Association of Film Journalists, in cooperation with the director and organisers of the Locarno Film Festival. Websites: https://www.locarnofestival.ch/LFF/about.html , http://www.sdlc.ch/

Towards the end of the four-year siege of Sarajevo, in 1995, Obala Art Centar initiated the Sarajevo Film Festival with the aim of helping to reconstruct civil society and retain the cosmopolitan spirit of the city. Today, two decades later, the Sarajevo Film Festival is the leading film festival in the region, recognized by both film professionals and the wider audience. The Sarajevo Film Festival is an international film festival with a special focus on the region of South-East Europe (Albania, Armenia, Austria, Azerbaijan, Bosnia and Herzegovina, Bulgaria, Croatia, Cyprus, Greece, Georgia, Hungary, Kosovo*, Macedonia, Malta, Moldova, Montenegro, Romania, Serbia, Slovenia, Turkey), shining an international spotlight on films, talent and future projects from the region. The webpage of the Festival: https://www.sff.ba/en/page/about-the-festival

The First edition of MIFF “Listapad” was held in Minsk in 1994. MIFF “Listapad” brings the world’s best films to Minsk. MIFF “Listapad” presents the best films from all over the world. Main Competitions of the Festival focus on new films created in former socialistic countries, including CIS countries, Central and South-East Asia, Baltics, Eastern and Central Europe. The best works from the region recognized by the most prestigious festivals in Europe are competing for the main award of the Festival. “Youth on the March” Competition presents a collection of debut works from directors all over the world, acknowledged by cinema professionals and audience. The website of the Festival: http://listapad.com/en/o-nas/

Verzió International Human Rights Documentary Film Festival was founded by staff members of Blinken OSA Archive in 2004. Verzió Film Foundation was established in the following year to provide a stable background for the organization of the festival. The founders’ vision was to create a platform, till then missing from Hungary, for international documentary films with a focus on human rights. Many thought they were daydreamers, but in the last 16 years Verzió proved itself justified. Since 2004, festival programs were attended by as much as 111.000 visitors in Budapest, Pécs, Szeged and Kecskemét. 2019 showed a growth in countryside participation as two more cities, Debrecen and Kecskemét joined the Satellite Verzió program. The website of the Festival: https://www.verzio.org/en/about-us

The Leading Italian Festival on Central and Eastern European Cinema. In its 32 years of activity the Association Alpe Adria Cinema and its main project, the Trieste Film Festival, have always stood out for the originality of their initiatives. The Association was founded with the precise aim of promoting and expanding all initiatives in the field of cinema, experimentation and video providing a factor of cultural growth and specific investigations in the area of the countries of Central and Eastern Europe, Central Asia and the countries on the Mediterranean. The Trieste Film Festival has acquired increasing importance nationally and internationally, becoming a unique point of reference, above all as regards the film-making of Central and Eastern European countries. Alpe Adria Cinema Award is an Audience Award for the Best Documentary Film in competition. The website of the Festival: http://www.triestefilmfestival.it/en/

About the Festival you can read above. About the Balcani Caucaso Transeuropa Award: OBC Transeuropa (Osservatorio Balcani e Caucaso Transeuropa), a think tank reporting on the socio-political and cultural developments on South-East Europe, Turkey and the Caucasus, assigns the award bearing the same name to the Best Documentary in competition. About the motivation that has led them to give their award to The Euphoria of Being: "Because it leads us to appreciate, in these times of disillusion and lack of perspectives, the force of existing as well as the present as an opportunity for redemption through beauty, tenderness and it even shows the values of fragility. Because the meeting between an elderly woman and a young professional dancer incarnates the beauty of the contact with the other, against the attempt by Nazi oppressors to annihilate the body and de-humanise the person. Because it manages to show the strength of the dialogue between different generations against the bitterness prevailing in our times. Because of the originality with which it deals with the theme of the elaboration of memory, showing us the difficulties of overcoming trauma, but also the possibility of living with it, maybe even sublimating it, enjoying the opportunities for happiness in one's existence. And it tells us the story of someone who was the victim of a system of death, transforming her into a protagonist of life through art."

In 2019, the György Kézdy Prize was awarded for the sixth time by the Board of Trustees of the March of the Living Foundation. The accolades, named after the legendary actor György Kézdy (1936-2013), were handed over in a ceremonial setting at the Reformed Church on Pozsonyi út in Budapest on November 24. The Hungarian March of the Living was founded by a community of civic young people on the model of similar organizations in 53 countries around the world. Trough their events, the aim of the Foundation is bringing together young and elderly people, public figures, artists, athletes, politicians -regardless of denomination or political affiliation- in a solemn framework, to pay their respects together to the memory of the victims of the Holocaust and to practice their belief in social solidarity and a democratic political culture. The website of the Foundation: https://www.eletmenete.hu/

Since 2019, DOK.fest München has been the largest documentary film festival in Germany and has developed into one of the most relevant platforms for documentary film in Europe. Every year in May and all year round, we present outstanding documentary films from all over the world. We see documentary film as an art form that uses the means of cinematic aesthetics to negotiate relevant values and invites dialogue on a social, personal and artistic level. Documentary film is the art of the hour. Kinokino Audience Award was awarded by kinokino, the film magazine of BR and 3sat. The website of the Festival: https://www.dokfest-muenchen.de/Philosophie

Millennium Docs Against Gravity Film Festival is the largest documentary film festival in Poland. It is the only film festival in Europe which takes place in seven different cities at the same time (Warsaw, Gdynia, Wrocław, Katowice, Bydgoszcz, Lublin and – starting 2020 – Poznan). The website of the festival: https://mdag.pl/17/en/ogladaj-online/page/O-festiwalu-9

"The Film festival has been part of the Ars Sarcra Festival program since 2016. The award winning films in the competiton are about the power of faith, human fate, happiness and difficulties in life, and various aspects of life. 'The films point to special values of life or even draw the attention to the lack of those. These films appear very exciting and interesting in the look of the people facing the sky and the earh.' – said András Dér the head of the jury of the Film festival. The permanent location of the Ars Sacra Film festival is the Tabán Art Cinema." The website of the Festival: https://ars-sacra.hu/filmfesz.php?nyelv=EN

Choreoscope is the International Dance Film Festival of Barcelona. A unique event dedicated not only to those passionate about dance, but also to those who enjoy quality cinema. Born in 2013, with three full-house celebrated events, our goal is to promote the strong ties with art in general and with film and dance in particular. Movies do not know any boundaries. Dance does not either. There is a common language joining them. The universal language of movement. Choreoscope ́s mission is to connect this fascinating language with an audience eager to experience something new, different, something special. Choreoscope Barcelona is the dance film festival of those who go one step further. The website of the Festival: https://festhome.com/f/1054/1

Arany Blende aims to be a database, award and research of Hungarian trailers. The aim of the Golden Blend is to start a discourse on the significance of the trailers and to explore their role in film sales. A database under construction that puts them in historical context. A recognition that raises the question of what makes a trailer good beyond evidence. Website: https://aranyblende.hu/rolunk

The ZagrebDox International Documentary Film Festival is held in Zagreb every year from late February to early March. The festival has been launched in 2005. It aims to provide its audience and the experts with an extensive insight into the latest documentaries and encourage national documentary production, and boost international and regional co-production collaborations. ZagrebDox specializes in presenting the best authorial and creative documentaries, which are made unique in Croatia and Europe by their imaginative design language and surprising, bold, non-mainstream choice of themes. Website: http://zagrebdox.net/en/2020/about_festival/our_festival 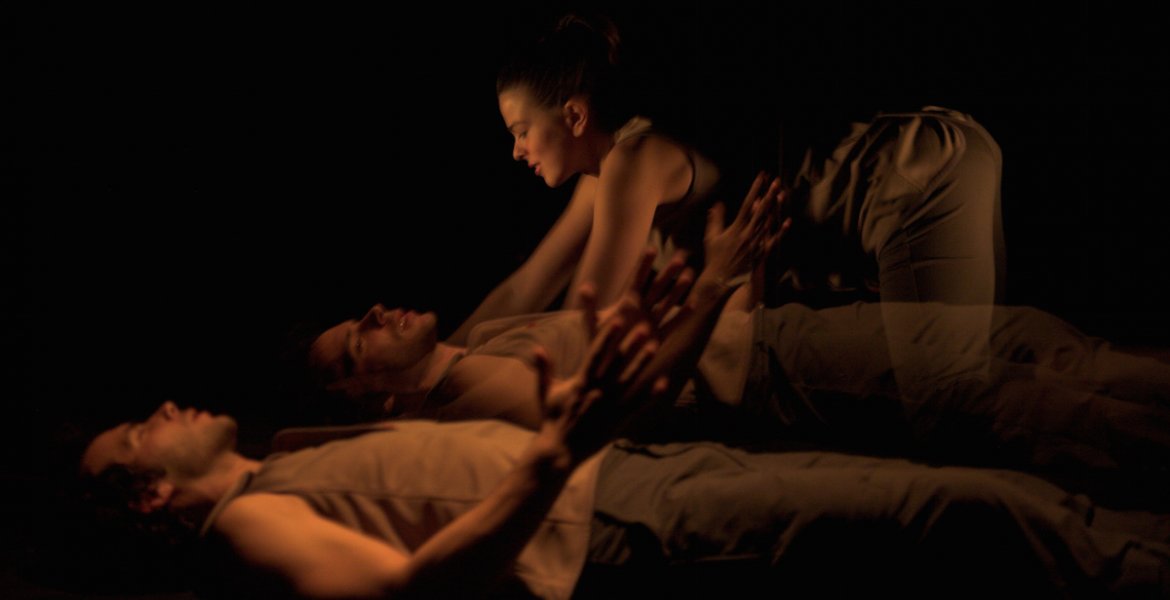 Apropos 2.0 - I will be all of these things one day / I don’t remember being raised like this 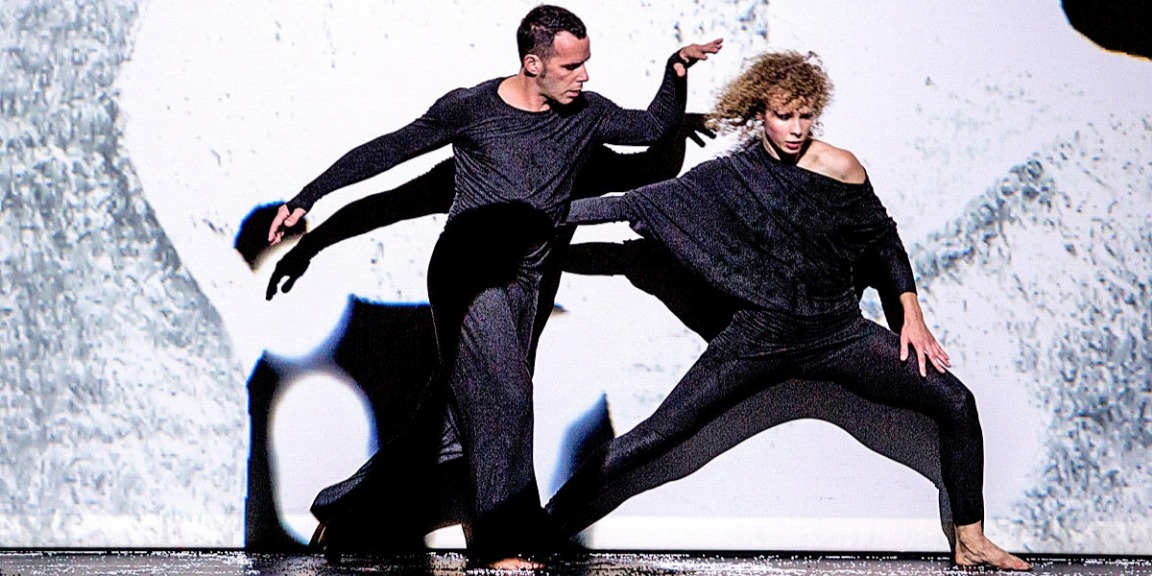 For the funnies moment, Deszkafesztviál, Debrecen

The Meaning of Life - or passing away time in 60 minutes 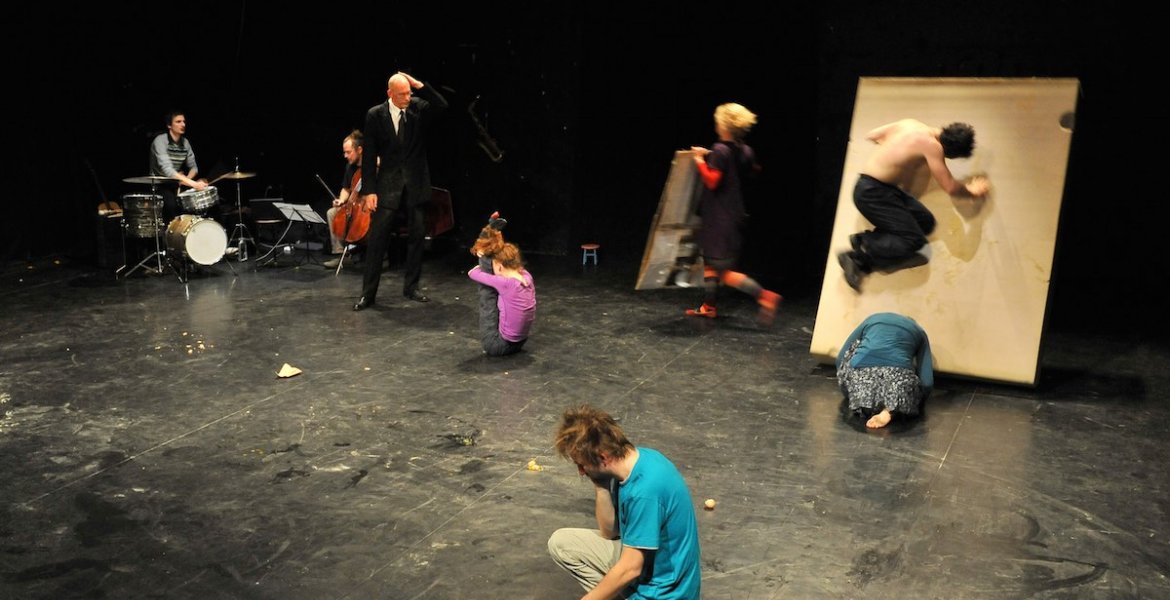 Awarded "the most daring conception" 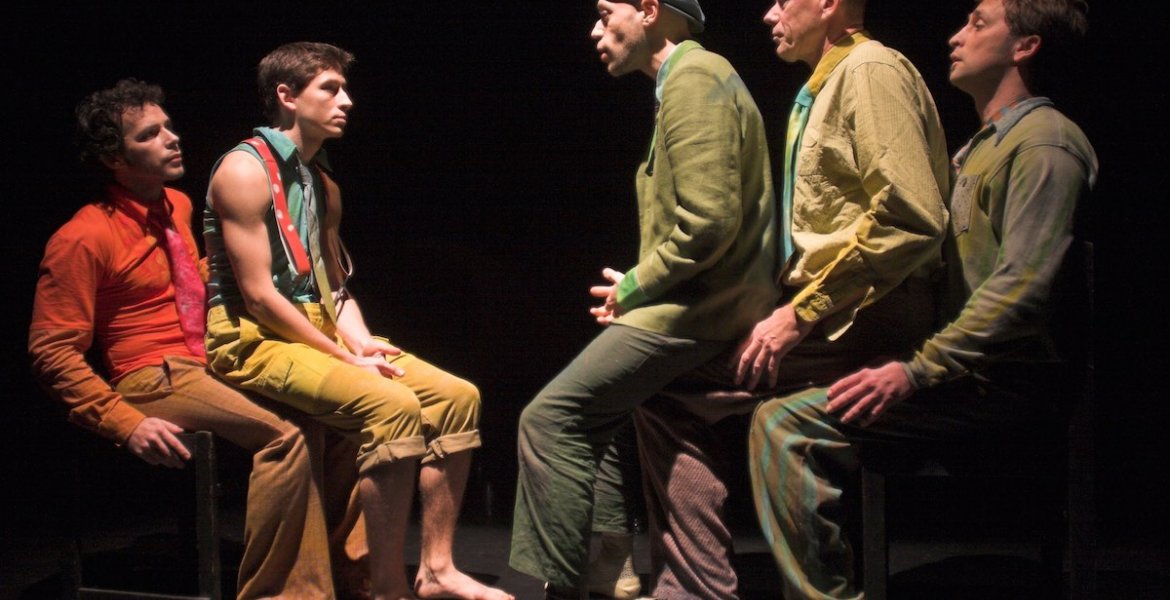 Head first - or The Contractions of Expanding Time

Hungarian award to acknowledge and publicise the best creators and creations in contemporary dance.

From Scratch - free associations for actors and dancers 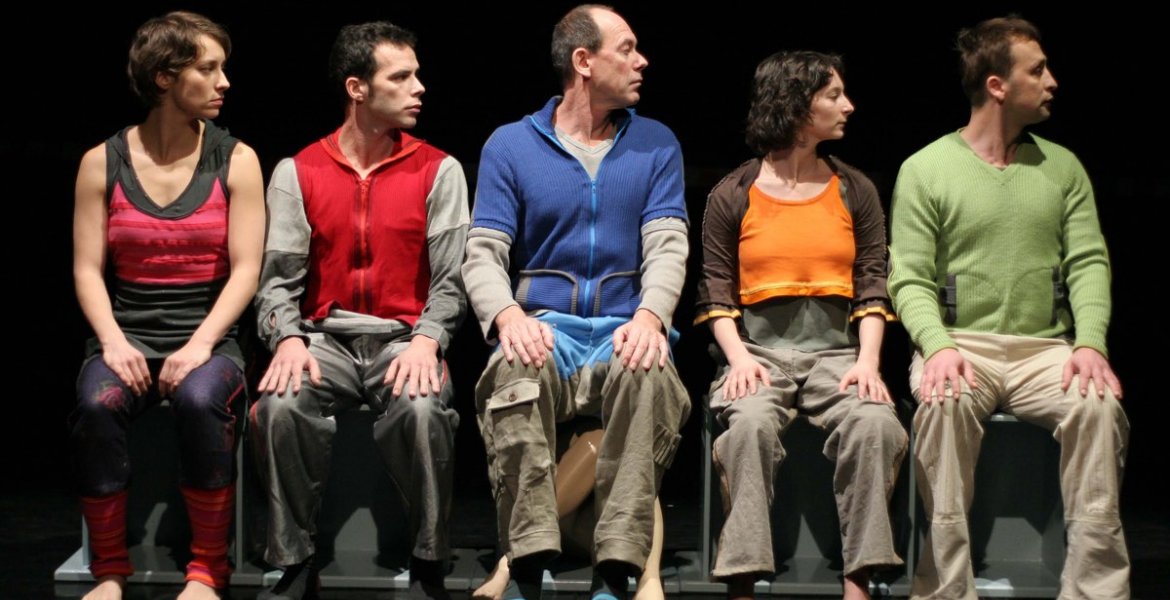 Nothing There - or do dreams go to sleep during the day? 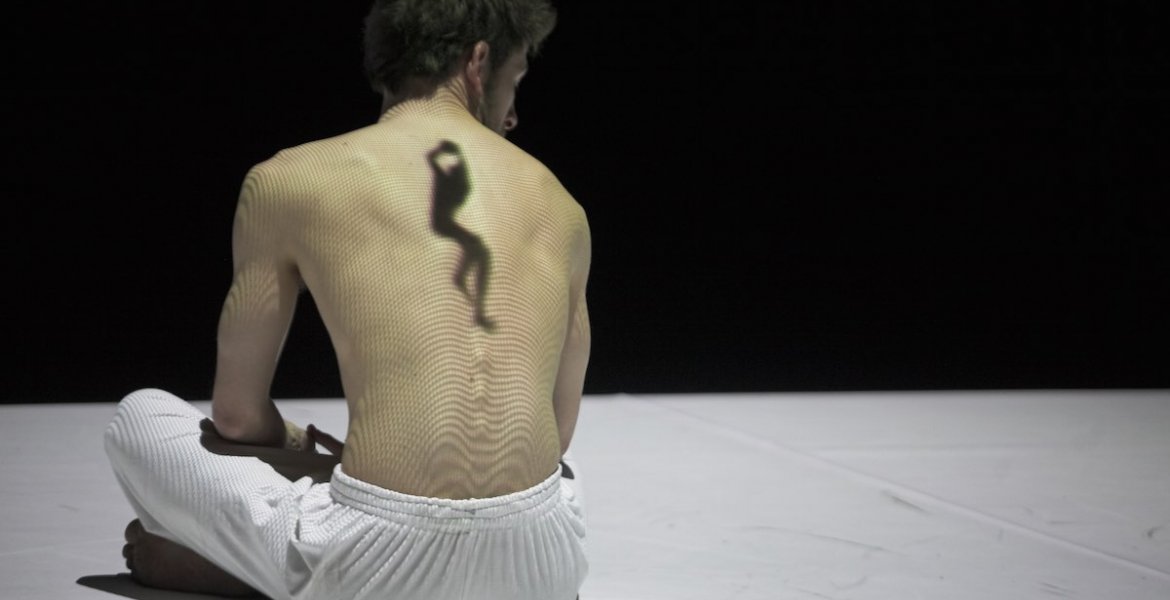 Most Original Exploration of One Segment of Theatrical Language 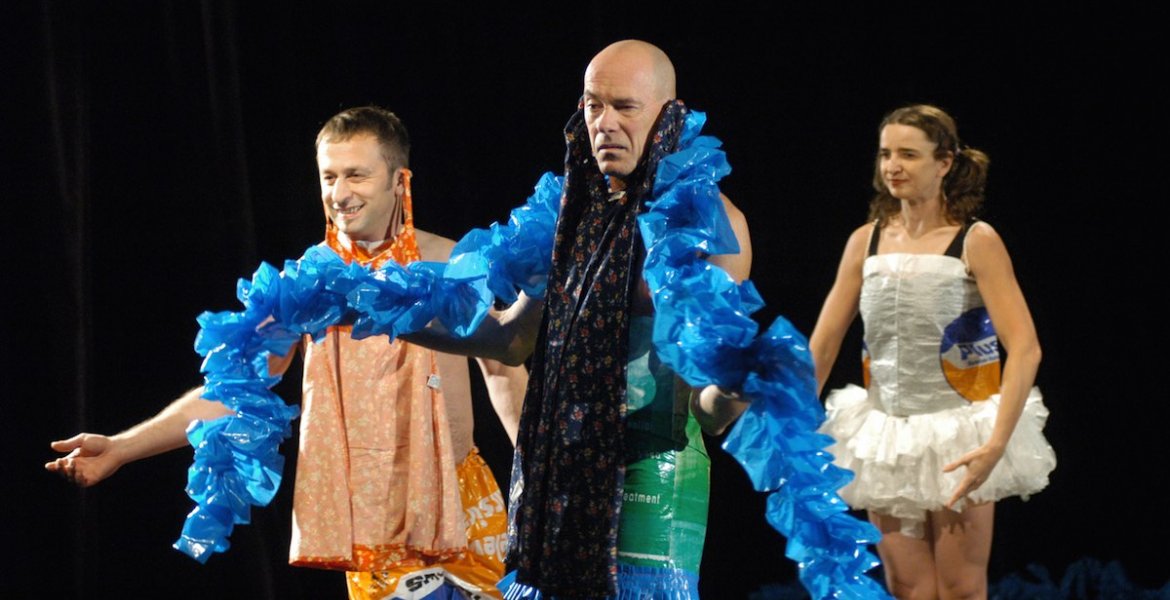 Cold Pack - a lay-down comedy in one inact 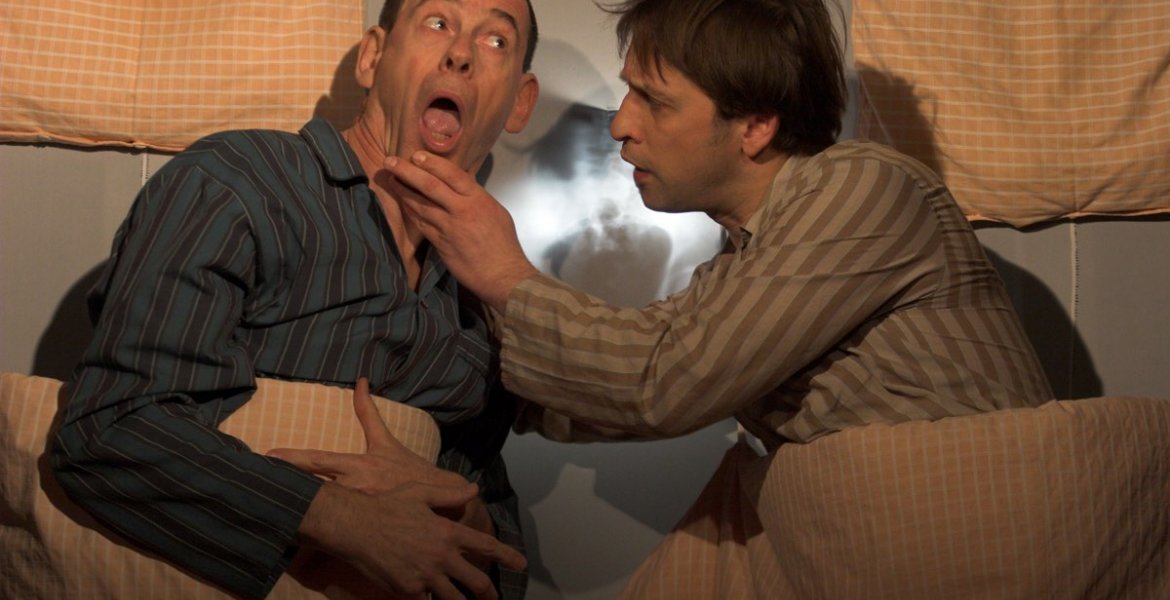 Sea Lavender - or the Euphoria of Being 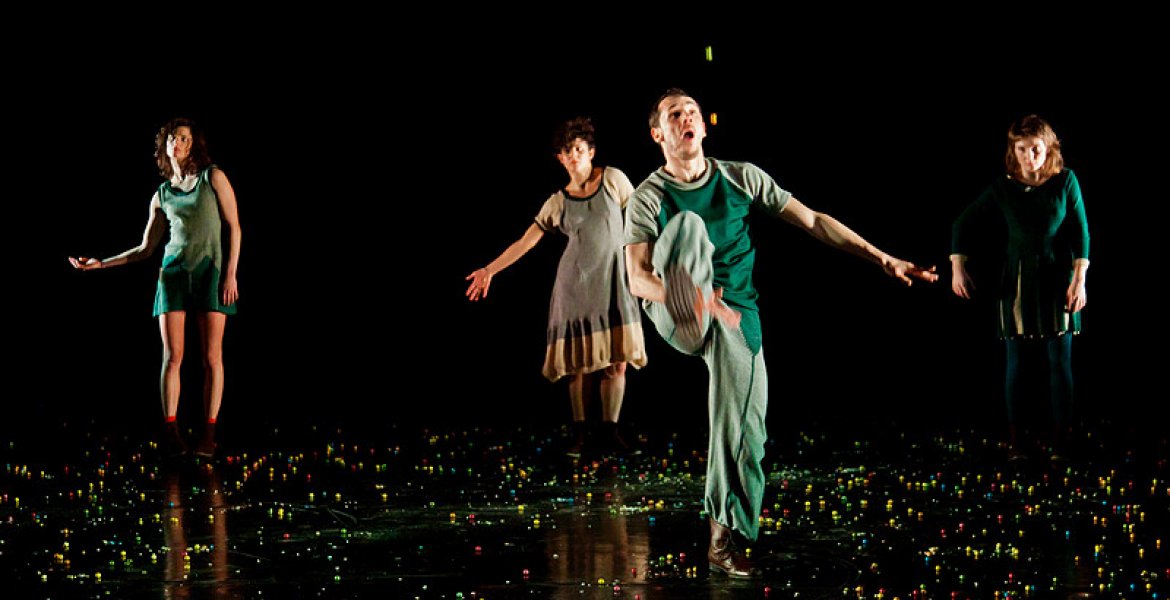 The best performance of the year 2012