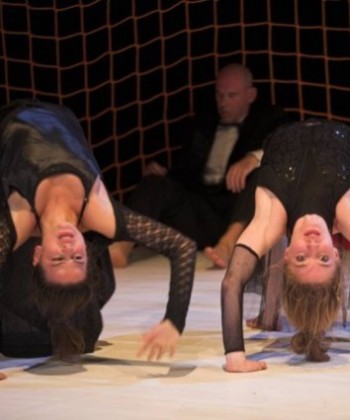 Premiered in 2006 at the Budapest Autumn Festival. Séance is a contemporary musical without instruments and musicians. All the music heard int he performance comes from human voices and noises conjured up from objects. On a stage resembling a playground, adult-size child actors congregate in a séance to invoke a lost golden age, only to find their attempts thwarted and their group undermined by internal conflicts, power games and egocentric ambitions. The actor-dancers perform a series of joint improvisations to enact a satirical and grotesque vision of the games adults play – of the inevitable pitfalls of cooperation and communication.

The performance was in 2007 nominated for the Rudolf Laban Prize, on of the most prestigious choreography awards in Hungary, and was entered in the international choreography competition No Ballet in Ludwigshafen, Germany.
“It is a see-saw game created by the perfectly complementary, consummate artistry of five dancers and two actors. Every now and then, one of them takes the lead and the others follow along, dexterously, reluctantly, or making fun of their own feigned clumsiness. […] The show is a great deal of fun indeed, with virtuoso changes of pace, inexhaustible imagination, and never a false step out of rhythm. ”
(Judit Csáki, Magyar Narancs)
“You can only inhale what I have exhaled before you. This rule of thumb supplies the cohesive force for the Club of Arrhythmic Hearts. If you think about it, it’s not just the mock-inane company of The Symptoms in performance of Séance that this law binds together, but any other set of people operating as a tight community, be it a family, a study group at school, a workplace team, a social class, an ethnic minority, or the population of an entire continent.”
(Kutszegi Csaba, Színház) 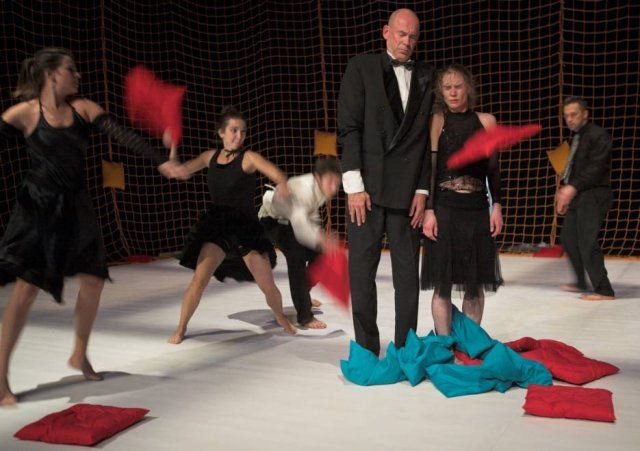 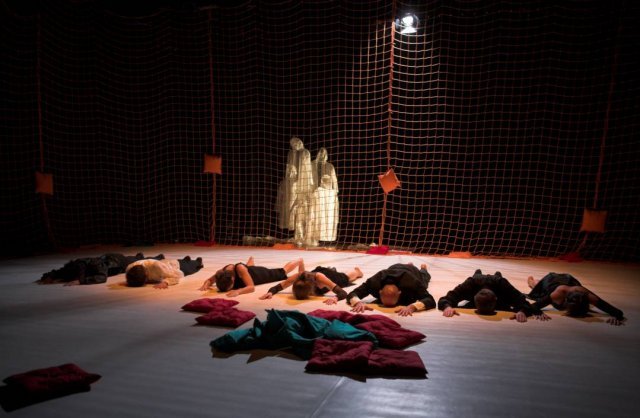 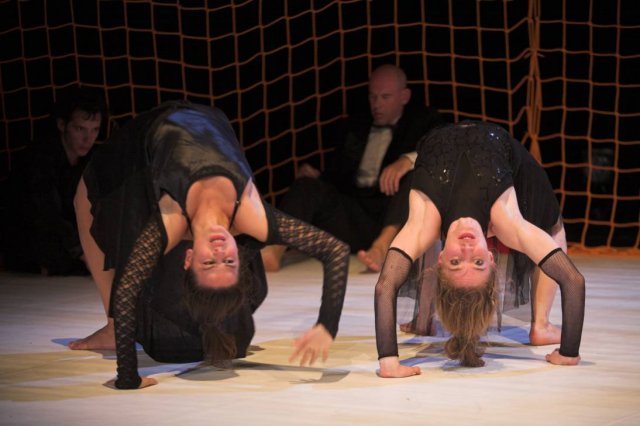 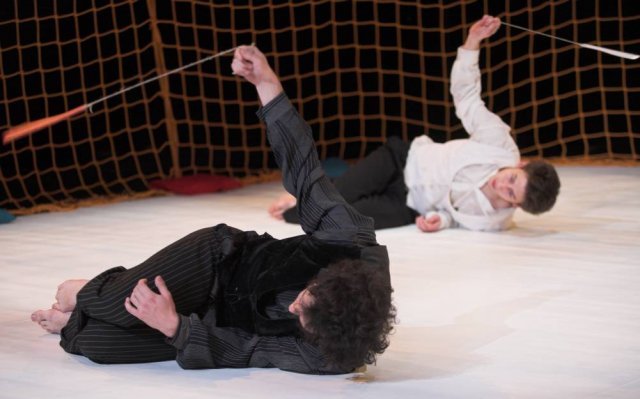 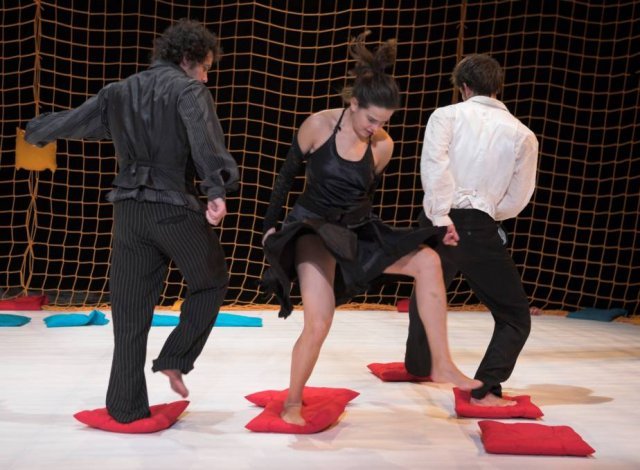 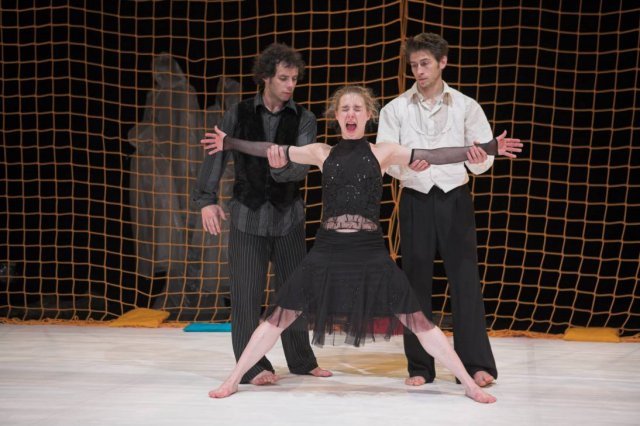 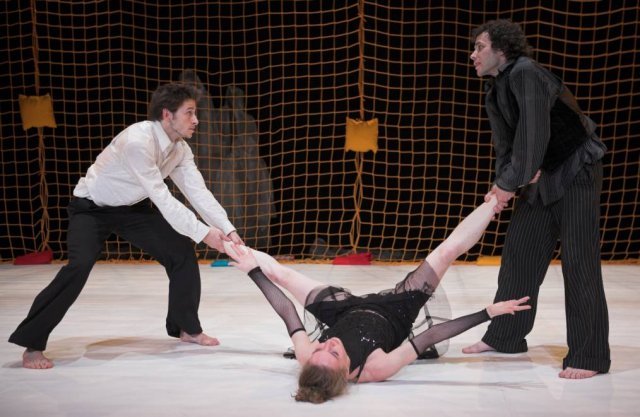 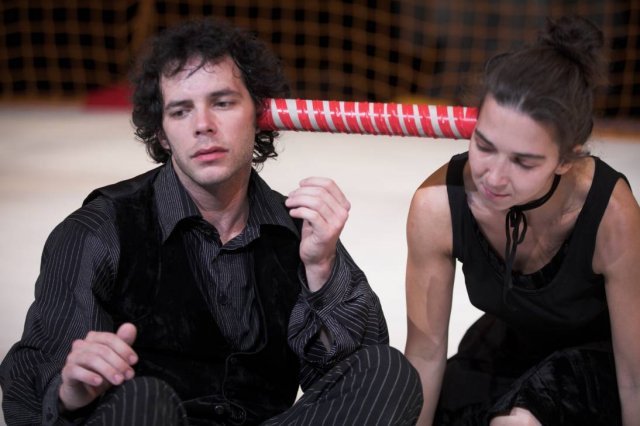 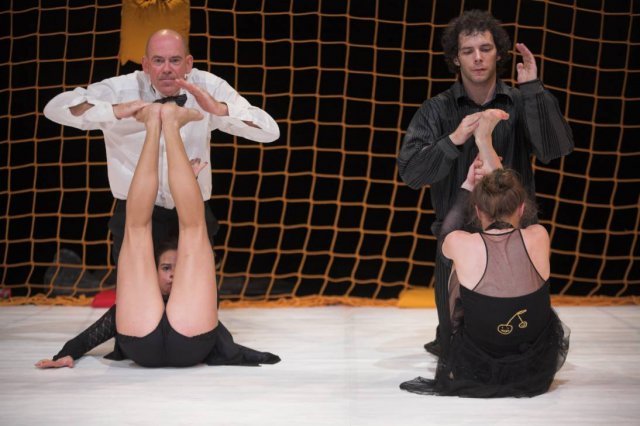 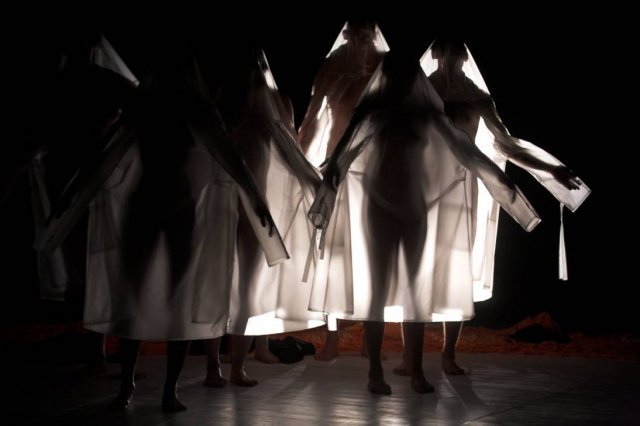 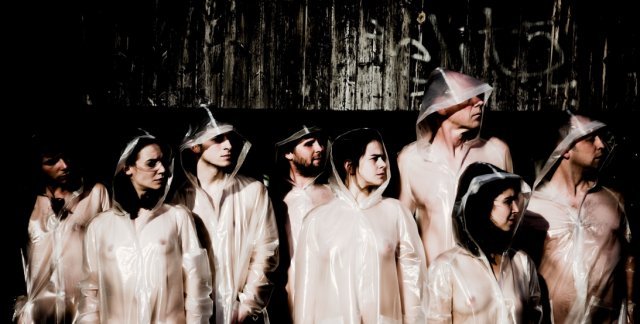 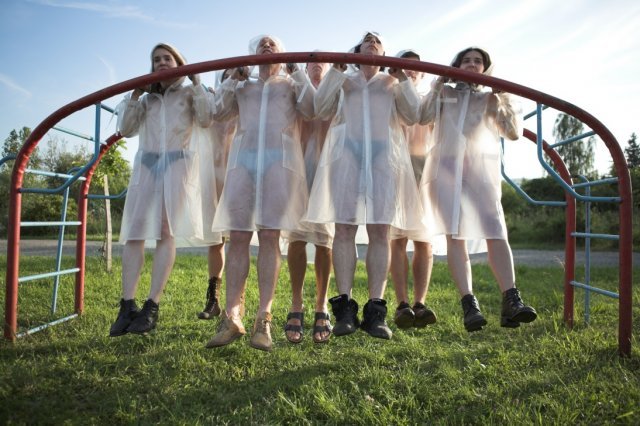 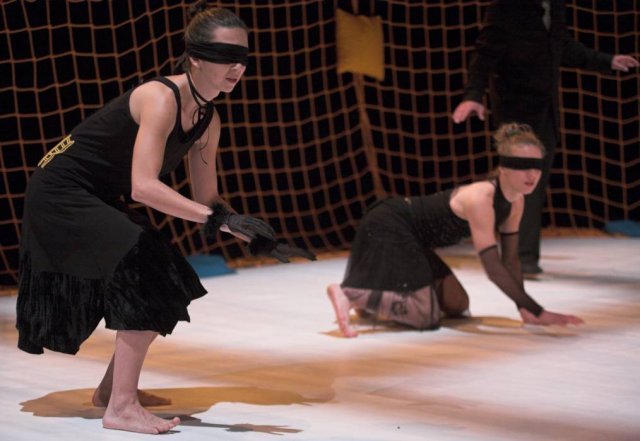 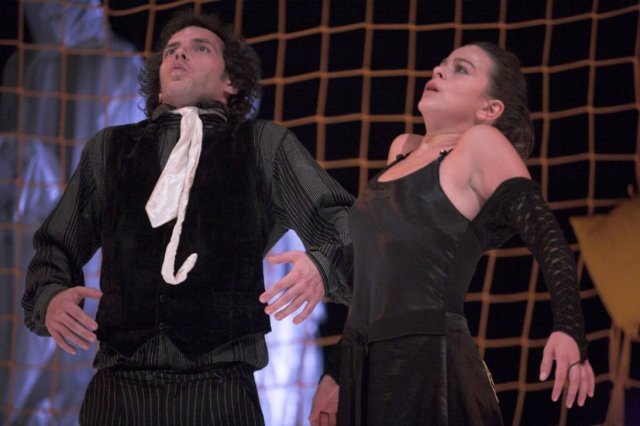