en_imagetext
Afterparty - The Fictive Rite of a Fictive Tribe 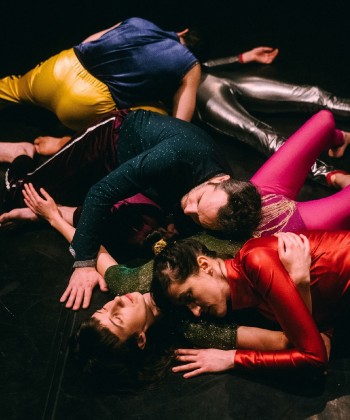 Premiere and other exciting events:

Wednesday 09/22 – We invite you to an After-afterparty, where we can dance our worries away together with the artists. DJ Papa (Tilos Rádió) brings us his best party music for a liberating evening.

Wouldn’t it be nice if we could just roar out to the world all the stress, passion, pain,
anger, joy and happiness inside us? We could do it, but we don’t. Why?
Why do we quell and suppress our emotions?
Why are we afraid to reveal what’s inside us?
Why are we too shy to sound out on our own?
And what kind of sounds do we make, anyway?
Night after night, the actors of Afterparty participate in an experiment. They try to find
out if they are able to let go of their crutches, abandon themselves to playing games in
the presence of “observers,” to allow themselves to be seen alternately as visceral, frail,
innocent, violent, light, or heavy. While they investigate the relationship between human
sound and movement, they try to figure out ways of helping one another to discharge
deeply buried sounds unknown even to them.
It’s a kind of parlor game that spills over from the stage to the auditorium, both
breathing and pulsing together, with the audience participating actively in everything
happening to the dancers. Their interactions are amplified by the intimate space
generated by the fragile position of the performers.
By the end of the show, which is liberating, playful, and often hilariously funny, viewers
can decide for themselves what it is they have just seen and heard: music, dance, or
perhaps the inarticulate confession of five people on the stage.

The show was conceived and put together in 2020, durring the experrimental season of
The Symptoms. The members of the team, committing themselves to a quarantine
community, worked together on a daily basis on shaping an practicing the rituals that
form the skeleton of the piece. Within that preagred framework, the performance is
entirely improvised.

Special thanks to Kámea Farkas 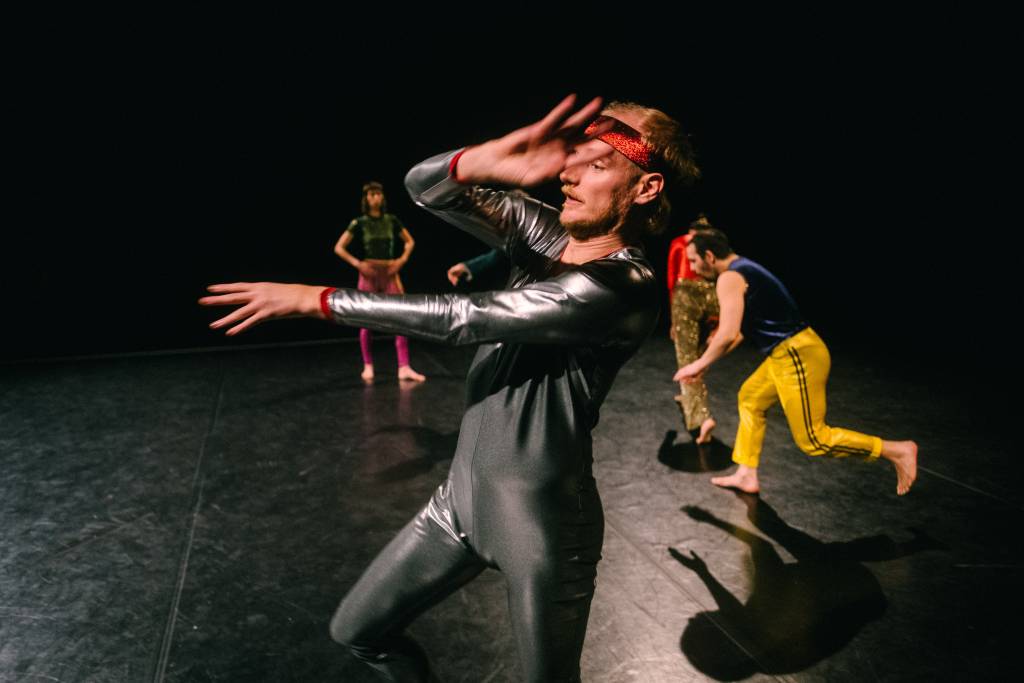 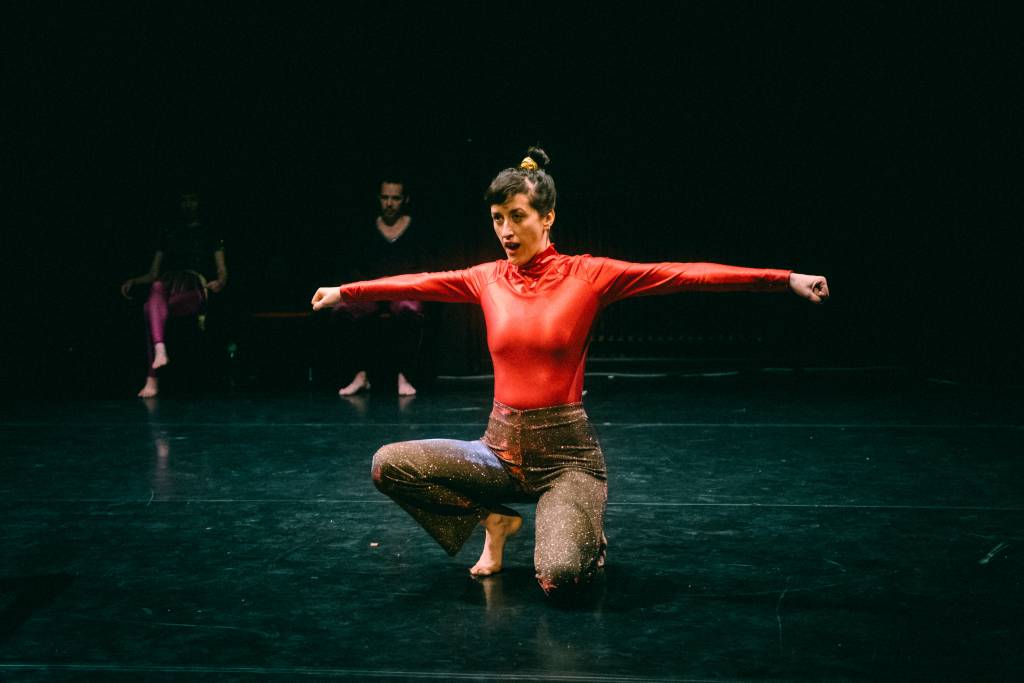 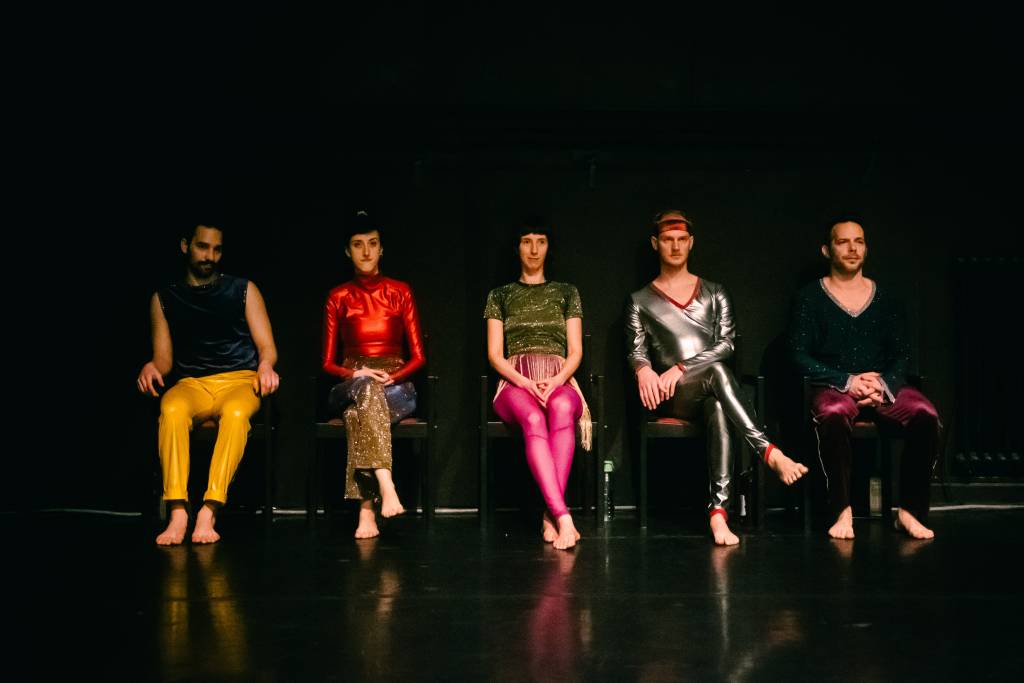 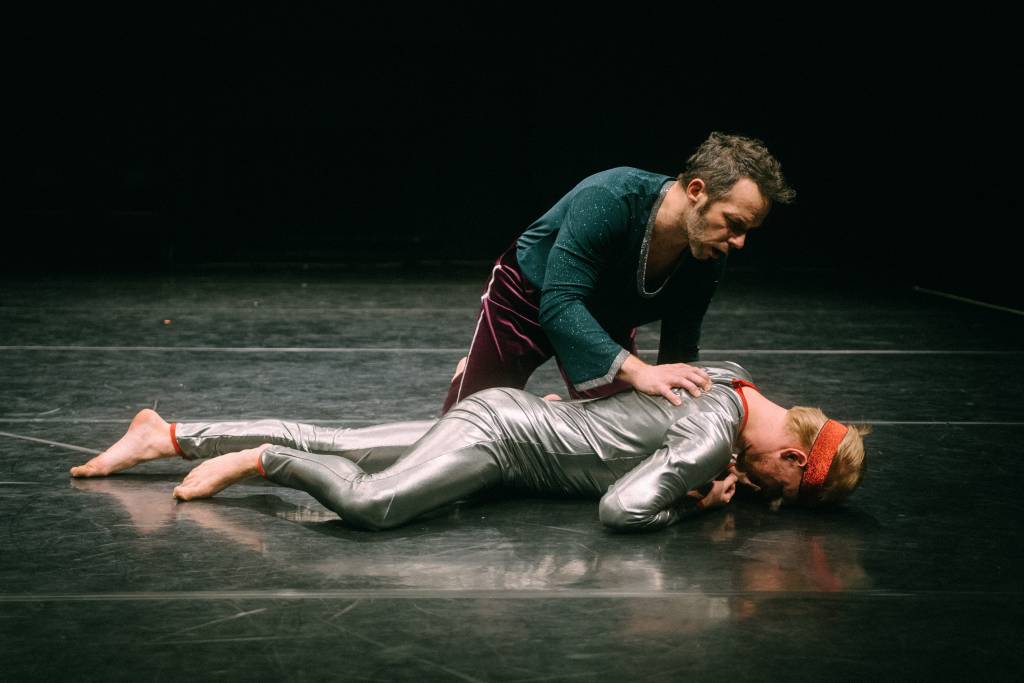 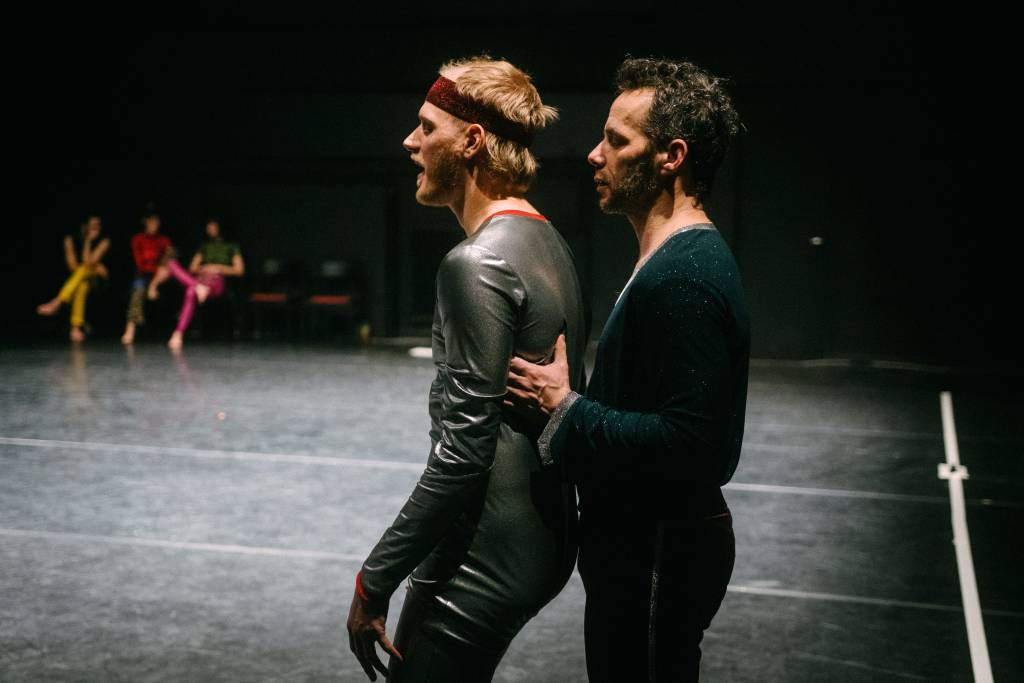 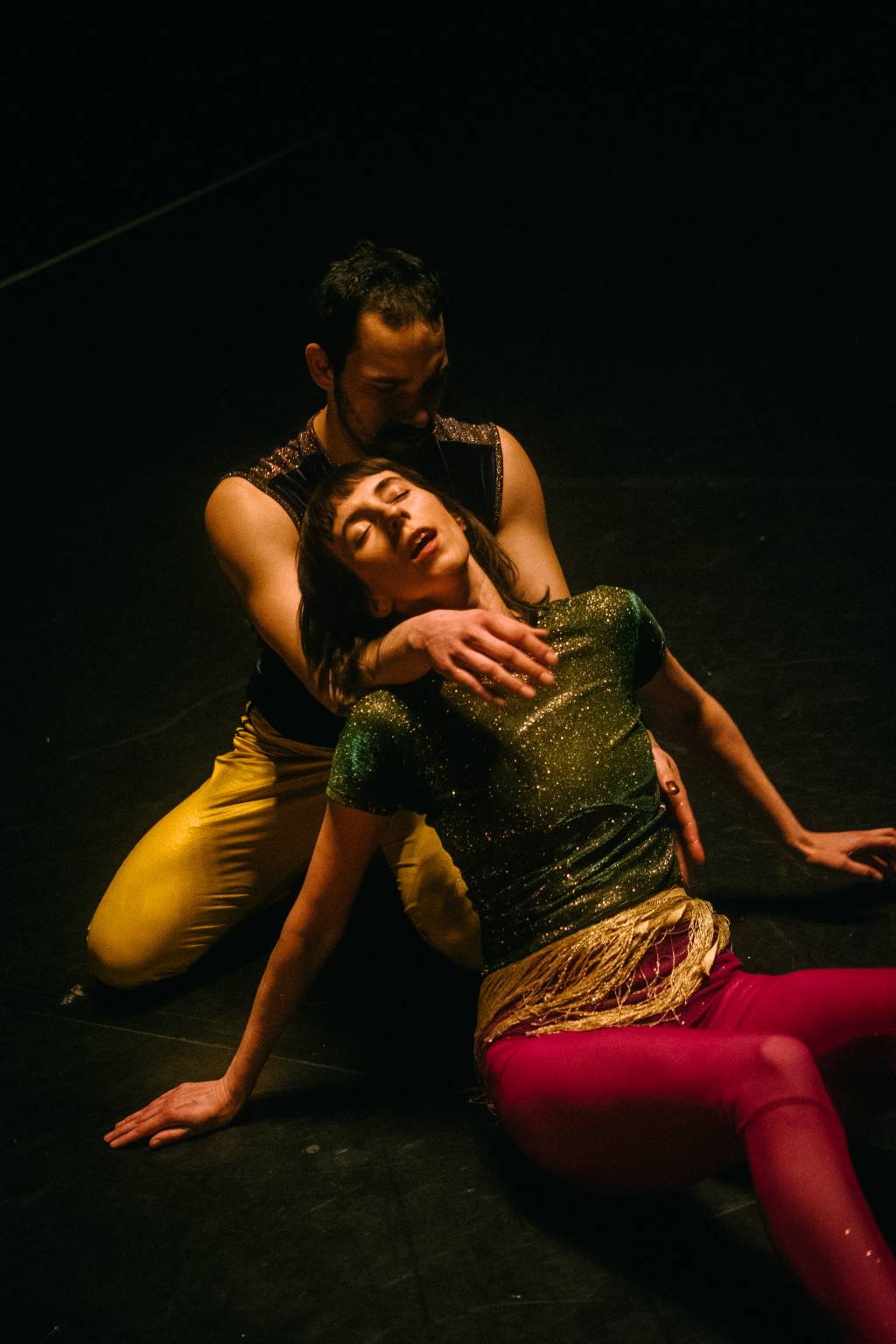 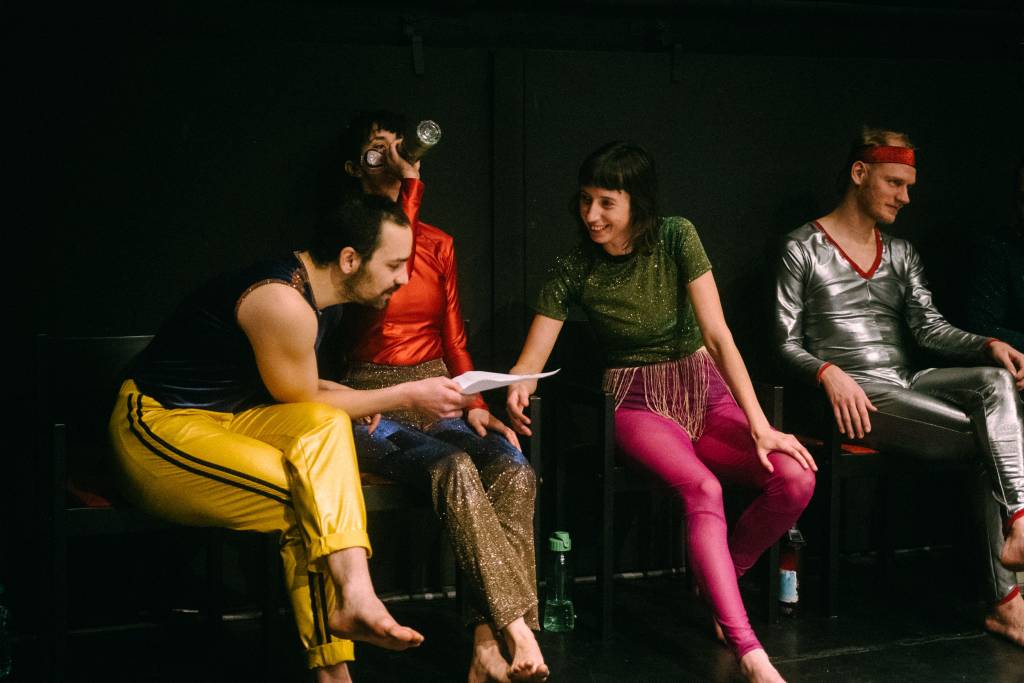 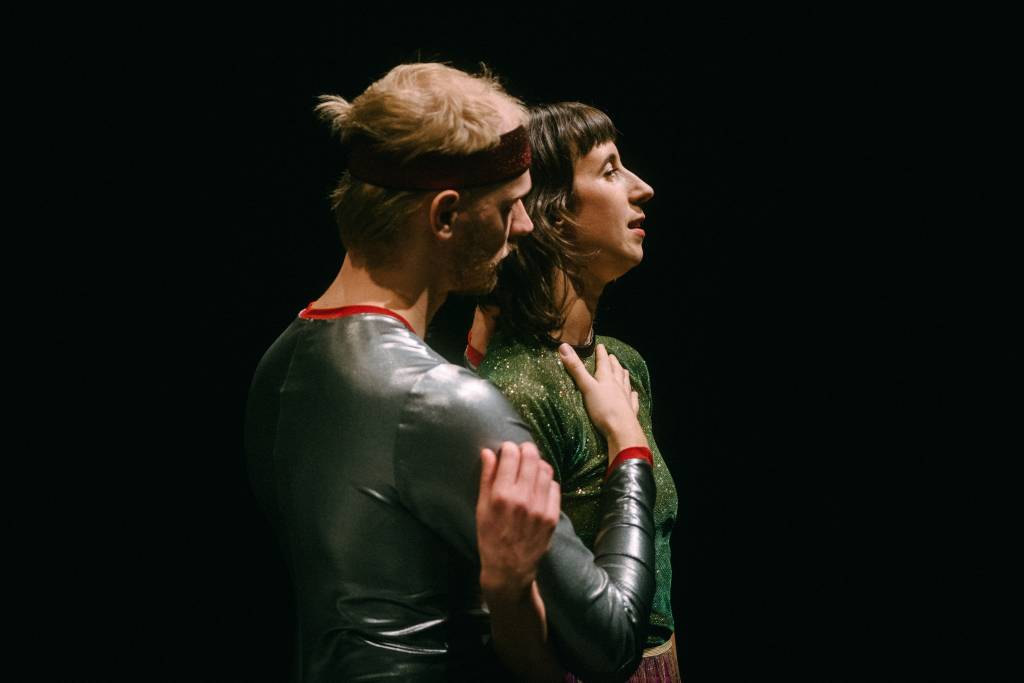 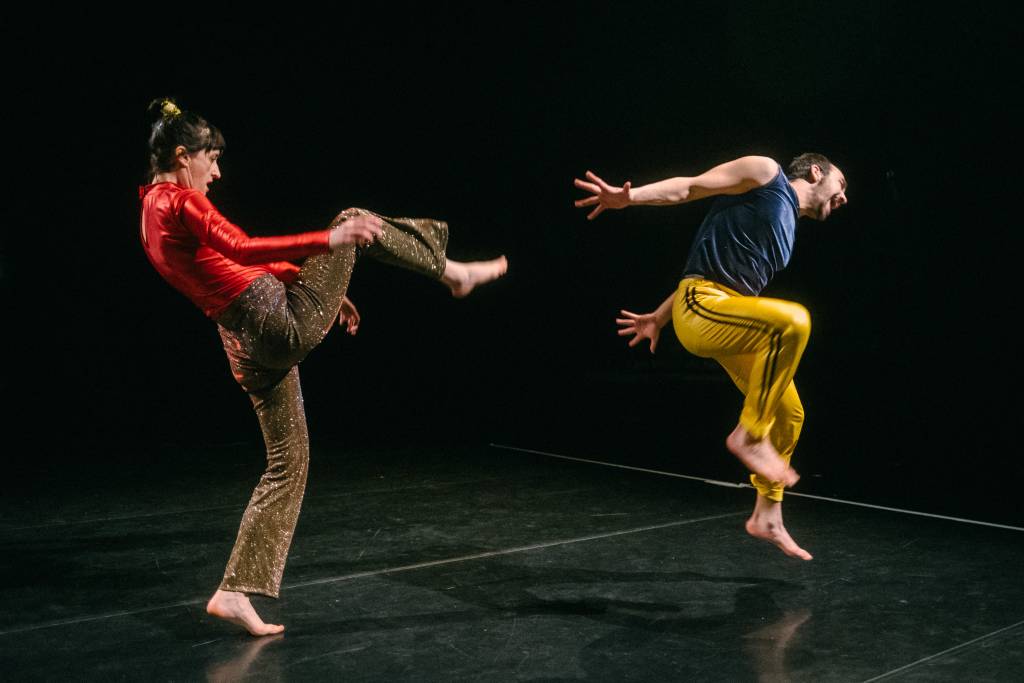 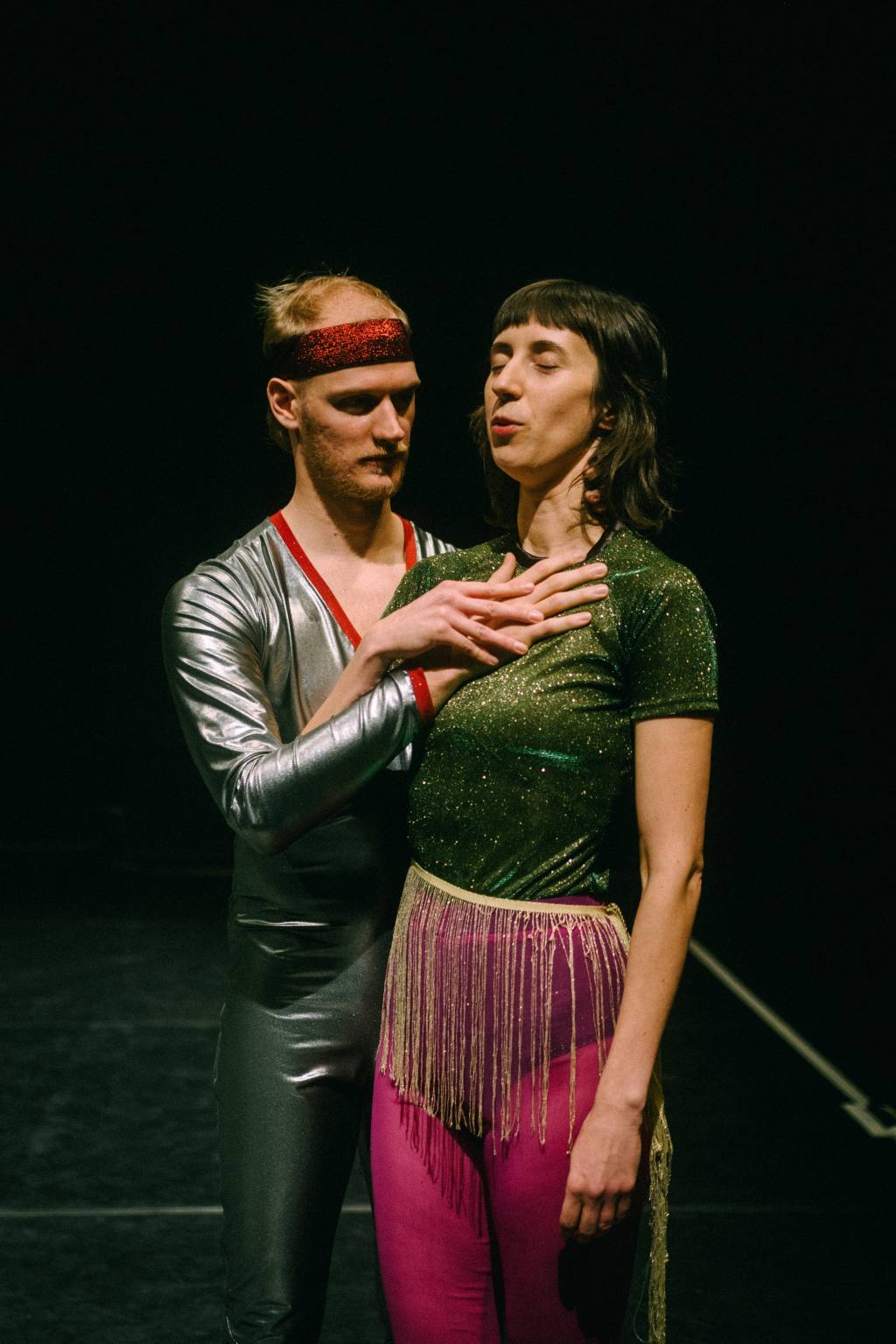 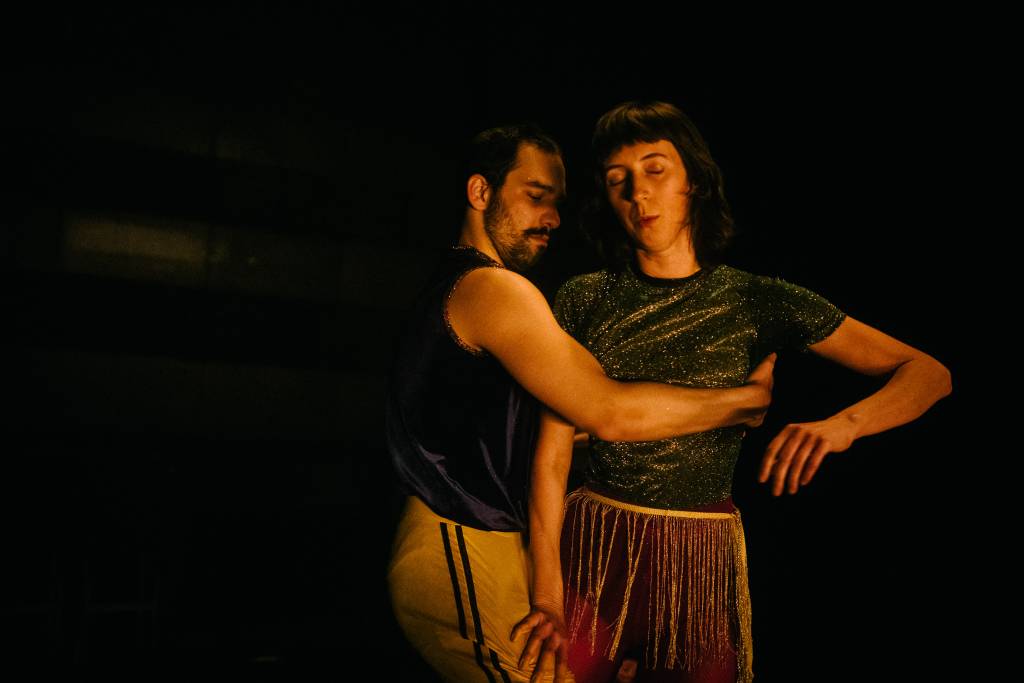 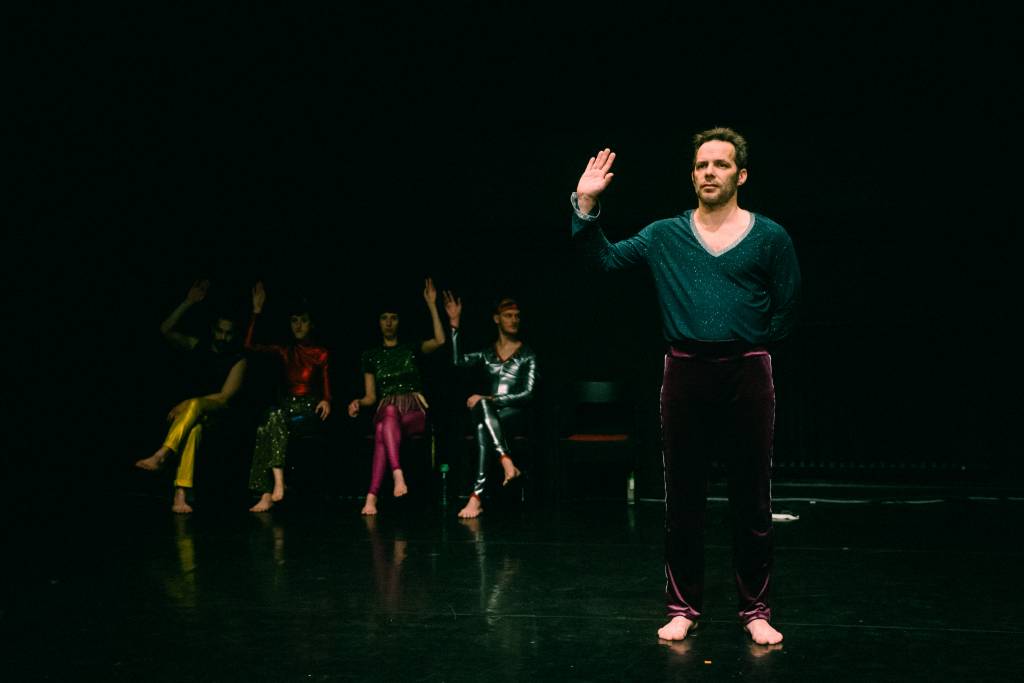 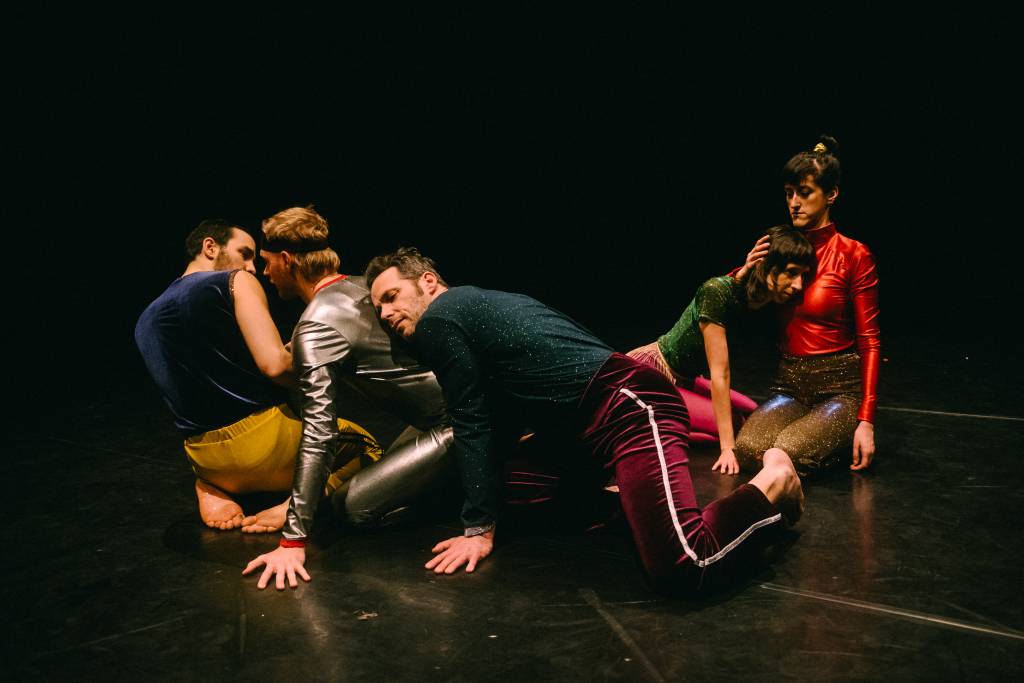 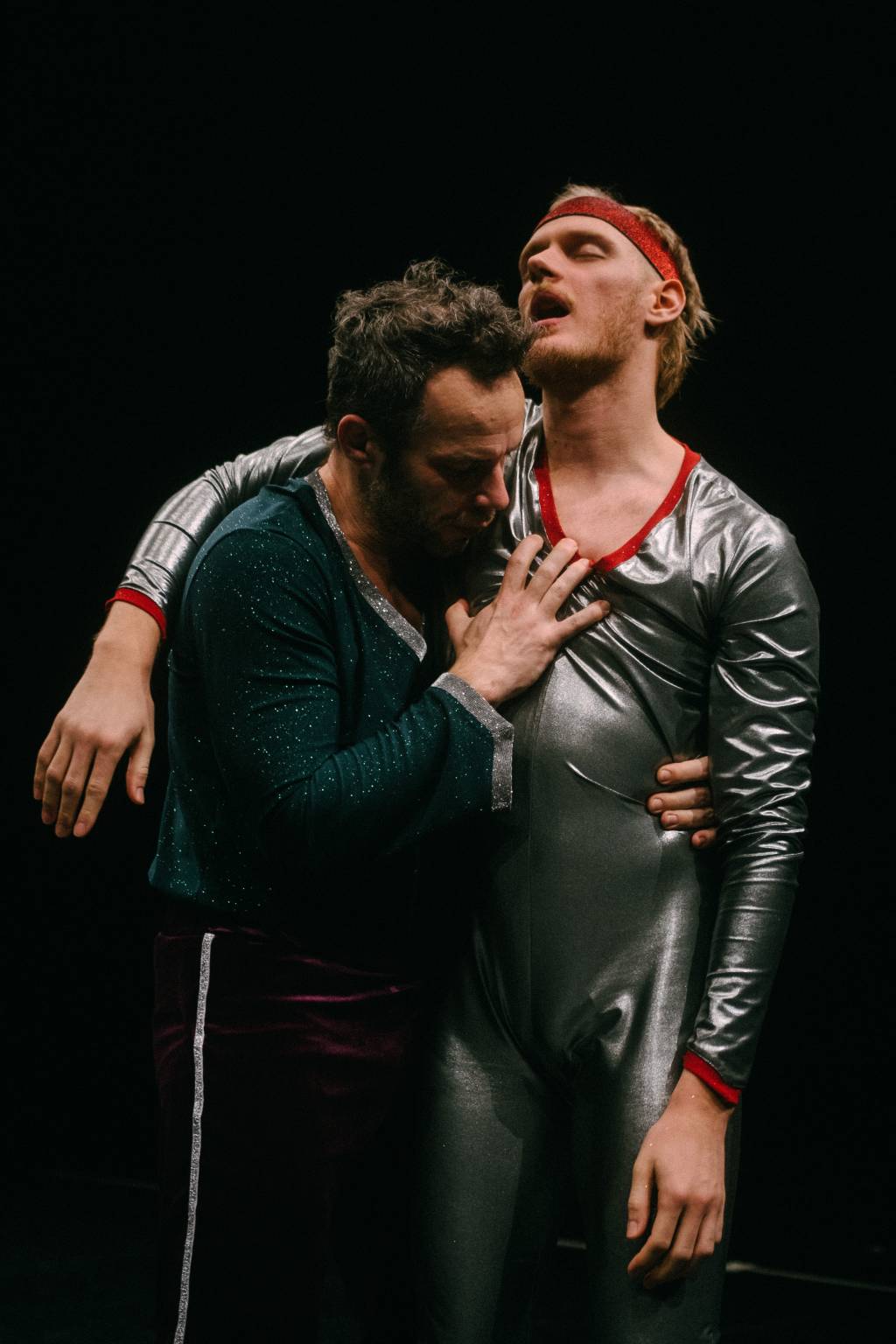 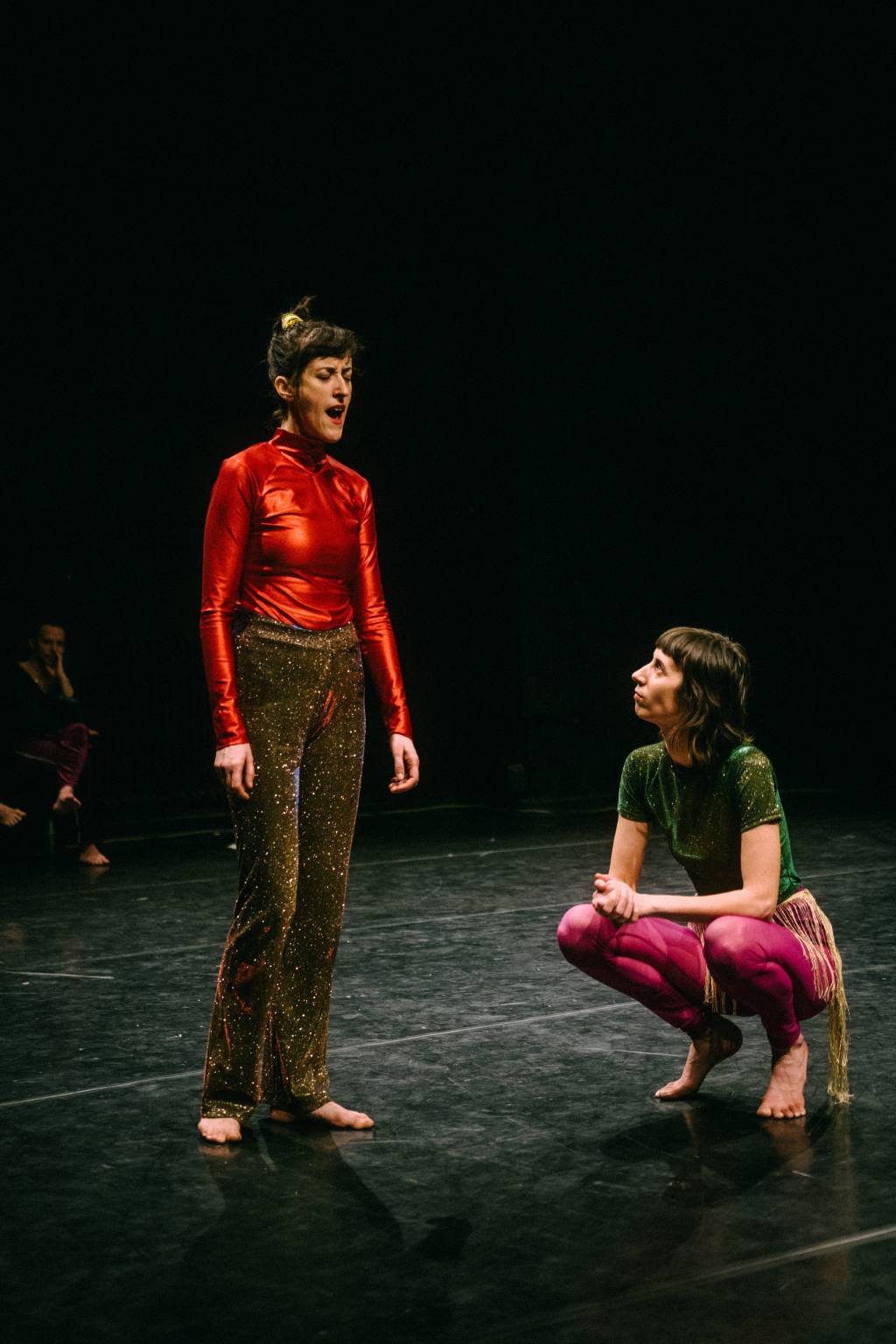 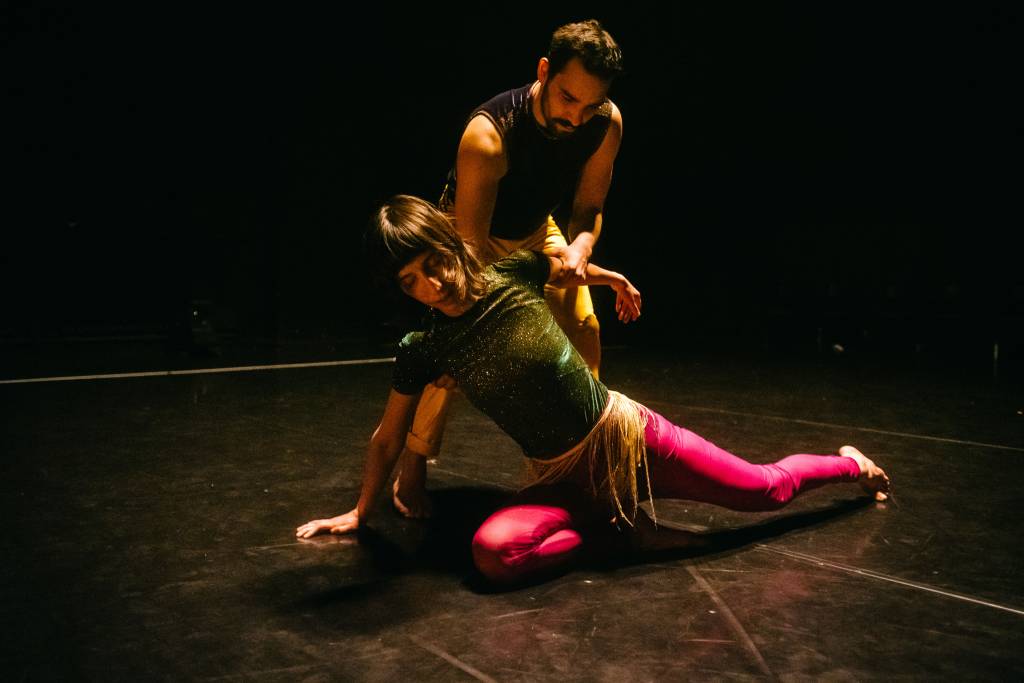 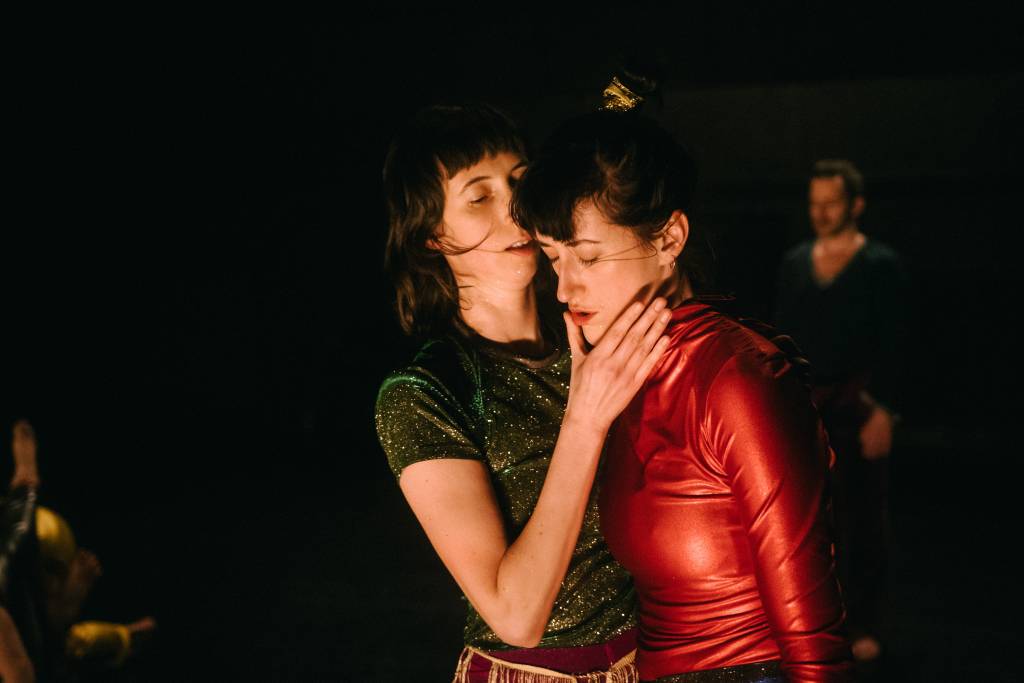 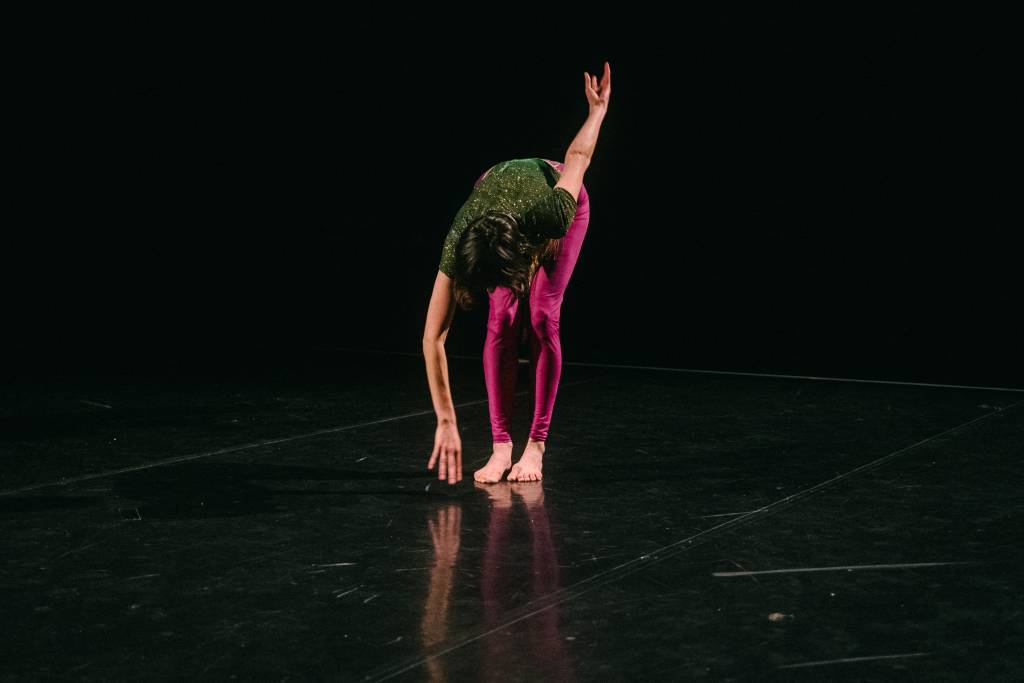 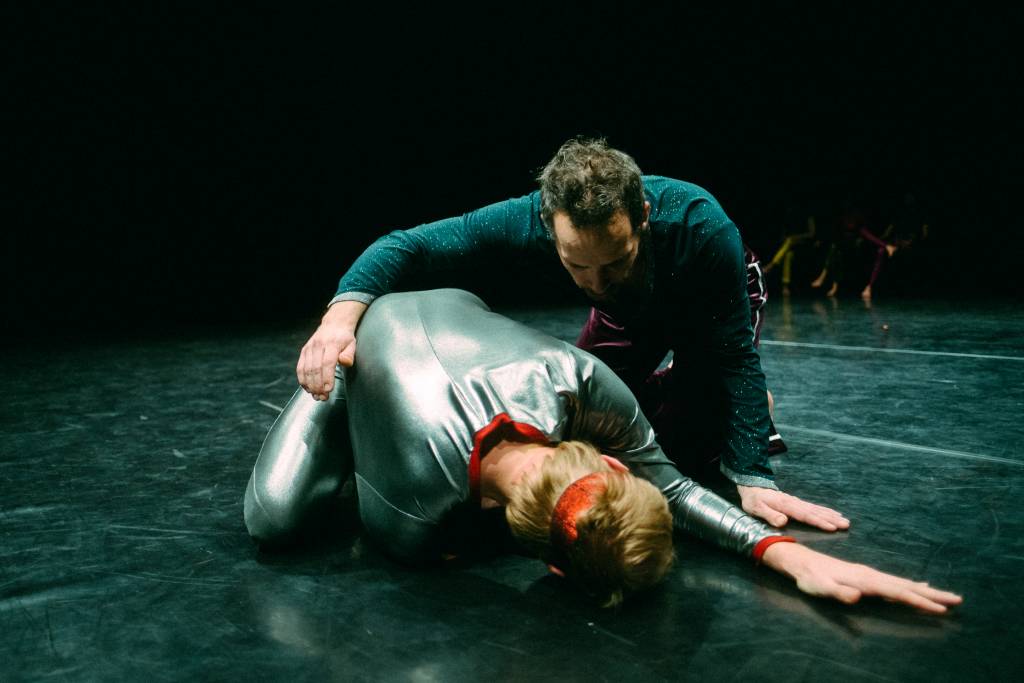